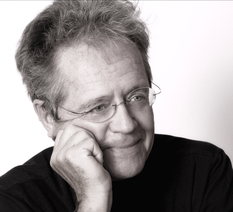 Richard Probert, Music Director of the Sackets Vocal Arts Ensemble in New York is adept at both vocal and instrumental conducting. He has over 40 years of conducting experience ranging from children’s choruses to professional performing organizations.

Richard led  many college choruses and church choirs; produced  and served as music director of chamber opera, music theater; staged choral performances and is active as a teacher of singing.  He is the recipient of the Rockefeller Foundation support for conducting study and holds music degrees, with continued study at several conservatories of music.  He holds a Certificate in Higher Education from Carnegie Mellon University and has served as a tenured professor of music and as Department and Division Chair at several colleges and universities.

In addition to conducting and singing, Richard is a Professor of Entrepreneurship and Emerging Enterprises with a specialty in Creativity and Innovation at the Whitman School of Management, Syracuse University. He lives in Sackets Harbor with his wife, Dr. Carmelita Britton, a pediatrician 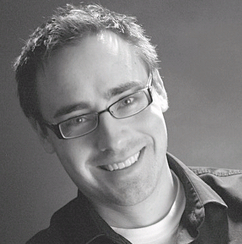 Mark Ramsay is well known on Prince Edward Island as an educator, pianist, stage director, and conductor. He was recently appointed as the newest director of the Summerside Community Choir. He began his piano studies at the age of 15 and in less than three years completed eight grades of

the RCM piano syllabus. He studied piano under the direction of Prof. Frances Gray at the University of Prince Edward Island (UPEI). While completing his Bachelor of Music Education degree, Mark captured first place in the UPEI Performance Competition for three consecutive years and in his final year of study, was able to pursue his passion of collaborative piano studies. He was the pianist for the Stratford Community Choir for eight years and has performed at the Indian River Festival several times. Two selections were recorded for CBC Radio.

Mark was recently seconded to the PEI Department of Education and Early Childhood Development to complete work in the area of curriculum support for PEI schools. He is currently on leave from his position as Music Director at Three Oaks Senior High School, Summerside PEI, where he directed the Senior Concert Band and was the founder of the Three Oaks Vocal Ensemble. His directing credits include Evita, Into the Woods, Footloose, The Musical, The 25th Annual Putnam County Spelling Bee, and Songs for a New World.

A Workshop in Rhythm
led by Mark Ramsay

As Gershwin said, "I got rhythm." Now we‟re asking, "Do you?" As musicians and choristers, we must be multi-taskers: diction, pitch, support, shape, volume, blend, balance, rhythm, and the list goes on! This energetic and interactive workshop will take a closer look at the role rhythm plays in our ensembles. More importantly, we will examine how your ownership of the rhythm contributes to the overall effectiveness of the ensemble. We will increase your awareness and comfort of rhythm with a few tricks of the trade, using the music of this weekend as a guide.

Choral singing is probably the most populous activity of the arts community with singers and followers. Attracting 200 singers from 26 different choirs marks the High Cs in DIGBY Choral Festival as a season-ender, must-do event for choristers in Nova Scotia, New Brunswick and PEI. In its fourth year, the organizers have developed the weekend into a unique blend of camaraderie, challenge, the pure pleasure of “singing in a castle”, and a spring outing at a spa.

The High Cs In Digby Choral Festival has become a jewel in the Atlantic choral scene.

The Festival embraces community and church choirs coming together in concert with a fun weekend for choristers. The Digby Choral Federation’s fourth High Cs in DIGBY Choral Festival is proving to be so popular that the organizers had to halt registration because of venue limitations – which they promise to deal with in 2012.

Choristers rehearse Friday, Saturday and Sunday; perform a Mass Choir Concert on Sunday evening – and party. They rehearse on Friday evening and then socialize with wine and cheese in the Grand Lounge at Digby Pines Spa and Resort. Saturday is more rehearsal along with a master class in “Rhythm in Choral Singing” led by Mark Ramsey of Prince Edward Island. Saturday evening features a Conductors Appreciation Night dinner where choirs use imaginative ways to say ‘Thanks’ to their leaders. And Sunday is more rehearsals before the main event.

This year, noted conductor Richard Probert from Sackett’s Harbor, NY will provide his experience in both choral and symphony conducting to guide the 200 singers for the Mass Choir Concert. Joining the mass choir presentation at the Sunday concert will be the Halifax’s Chebucto Singers and Dartmouth’s Grace United Church choir.

More information is available from Richard Treleaven, President of the Digby Choral Federation